Are you looking for more info about our team or what you can do to join? Check out our Calendar and our Blog.

The Washburn Millerbots, now in our 13th season, were founded in 2008 by Sarah Etzel, Peter Grul, Jerrod Nelson, Mark Le Feber, and Linda Teppo. Based out of Washburn High School in Minneapolis, Minnesota, we compete as FIRST Robotics Team 2549. Over the past decade, our team has won four Regional competitions, two Imagery awards, two Safety awards, one Engineering Inspiration award, one Industrial Design Award, and gone on to compete at Nationals four times.

As Millerbots, we are more than just a sports team, we are a family. While our obvious aim as a FIRST Robotics team is to win each season, we have other goals as well. We provide our team members with experiences in real-world engineering, design, and problem-solving; we learn how to work together as a team and effectively communicate complex ideas, even through disagreement.

Infinite Recharge is the FIRST Robotics Competition game for the 2020 season. It involves two alliances of three teams each, with each team controlling a robot and performing specific tasks on a field to score points. The game is sponsored by Star Wars: Force for Change. The two alliances each compete to shoot and score Power Cells so they can power their Energy Generator. During the Endgame, we have to climb a horizontal rod with our robot in order to re-energize our shields.

Shop on Amazon to support our team 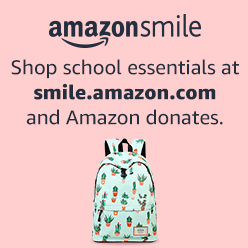